December is a short month with one week of library classes happily taken up with a community read-in called “Share the Gift of Story“.

Students really enjoy the program with parents and other community members coming in to read either a selection of their own or a seasonal book from the library collection in front of the fireplace (projected video) to the class.

Hey! Guess What! Reading is Fun! 🙂 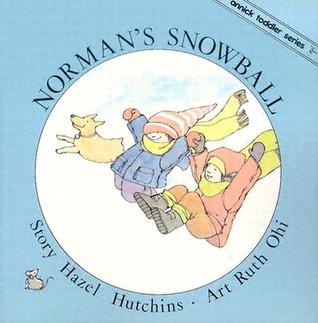 Continuing the snow theme, we read Norman’s Snowball by Hazel Hutchins, which the kids and I love despite such bad decisions throughout. We also enjoyed the delightfully imaginative Snowmen at Christmas by Caralyn and Mark Buehner.

Parent, Mrs. Stenberg brought her own favourites to read to the morning class for the read-in. They were Charlie & the Christmas Kitty by Ree Drummond and The Christmas Surprise.  The afternoon class again enjoyed Snowmen at Christmas (they never mind a repeat of a favourite) read by RCMP Sergeant Dunn.

Grade 1 students enjoyed following woodland animals as they prepared for winter in First Snow in the Woods by Carl Sams & Jean Stoick, introduced with the author’s video below. The following week we read Stranger in the Woods another ‘Photographic Fantasy’ by Sams and Stoik, in woodlands that could almost be out our back door.

Just before the break, we read Elton the Elf by Lisa Mallen. This book is particularly appropriate for Grade 1 as poor Elton tours the year from New Year’s Day through Valentines and Halloween to find his way home to Christmas. RCMP Constable Helder choose It’s Christmas David by David Shannon.

We’re still in the arctic in Grade 2 with Jan Brett’s The Three Snow Bears and the demonstration of drawing a snow bear from the video below.

We also read another of Michael Kusugak’s books (we read Hide and Sneak in October). Baseball Bats for Christmas was a perfect combination of the seasonal theme and Social Studies as the book reinforces the isolation of arctic communities and how it was possible that arctic children truly may not have recognized trees a half a century ago – before ubiquitous me

Former town mayor Mrs. Marriot always brings in a new book to leave with us after she has read it to a class for the Christmas read-in. This year she brought Santa Claus and the Three Bears by Maria Modugno, which Grade 2 thoroughly enjoyed.

At the beginning of the month we mutually agreed that Secret of the Andes by Ann Nolan Clark, while an excellent book, was not holding the students’ attention with weekly readings. My hope, of course, is that one or two of the students will pick it up to read in the future. Instead we looked at Spotlight on Peru by Robin Johnson and You Wouldn’t Want to Be an Inca Mummy by Colin Hynson before saying goodbye to Peru in the library class. (That is until I find a perfectly Grade 3-appropriate book to share with them.)

Mrs. Fenez is former program assistant and the parent of a graduate, who still loves to come in and read to a class for the read-in.

This year she brought her own childrens’ favourite, The Very Best Christmas Present by Jim Razzi to read to Grade 3.

We finished off the month with The Christmas Day Kitten, a sweet story by James Herriot. I showed them the other Herriott picture books we have in the library and they were all checked out by the end of the class.

Short weekly readings from a novel are a great test of it’s power to engage and Sigmund Brouwer’s Tyrant of the Badlands is succeeding with Grade 4. The mystery is building as Ricky (aka Rocky) gets himself deeper and deeper into his adopted criminal persona to try to help his aunt discover what’s going on with her trailer park.

After perusing several choices, RCMP Constable Helder selected Peter Eyvindson’s Red Parka Mary to read to this class because he liked the message of how first impressions can be wrong; how not to judge a book by it’s cover, so to speak. A good discussion followed with children thinking about how people they were originally unsure of turned out to be good folk.

Happily, the Dear Canada series has been flying off the shelf again since we started reading A Prairie as Wide as the Sea by Sarah Ellis. Although a few of the students are not as ‘into it’ as others, they all listen and participate well in our weekly readings. W 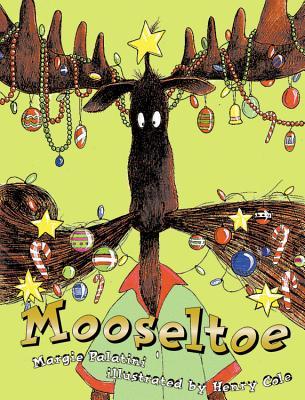 hat with Christmas Concert practice and other interruptions, we didn’t quite get to the entries on Christmas but will this month.

Mr. Goebel, a grandfather who has been coming in to read since the project’s inception when his children were in school, always gives the class a choice of which books they would like to hear. Grade 5 chose the ‘old’ favourites: It’s Christmas, David by David Shannon & Mooseltoe by Margie Palatini.

We finished The Breadwinner by Deborah Ellis this month and, supported by activities that their classroom teacher has devised, it was such a winner,  that the class begged to continue the series. That wasn’t my plan, but not one to pass up an opportunity to nurture literary enthusiasm I asked them to decide whether to read on with this character in Parvana’s Journey or to see what happened to Parvana’s best friend, Shauzia in Mud City. They want to read them both but 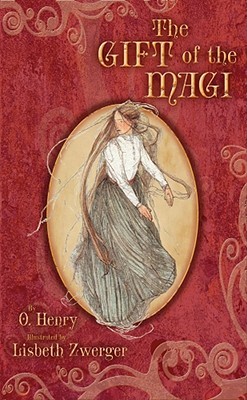 opted for Parvana’s Journey first. They are shocked, enlightened and intrigued. What more could I ask?

Unfortunately their program reader, an RCMP officer, was called away at the last minute and couldn’t make it to the scheduled reading. The class was looking forward to it so rather than follow the usual routine, I gave them a choice from about 20 assembled books and was delighted that they chose my favourite The Gift of the Magi by O’Henry in a beautiful edition illustrated by Lisbeth Zwerger.

We don’t usually read aloud in Junior High as the teachers prefer the class to be dedicated to book exchange and silent reading, but they are always included in the read-in. Sometimes I have to recruit teachers and support staff to read as ‘the public’ often can’t imagine this age group enjoying picture books. Far from it, I think they look forward to it just as much as the younger students and are no less receptive (although albeit a little less responsive) when community members read picture books to them.

I had sent several books home for volunteer parent, Mrs. Robertson to choose from. The Grade 7 class was quite touched by her selection:  The Christmas Miracle of Johnathan Toomey by Susan Wojciechowski. The illustrations by P.J. Lynch are just gorgeous in this book – atmospheric and evocative.

rs. Acorn, a former staff member and parent, who happened to be visiting town and volunteered for the read-in, chose Red Parka Mary for the same reasons as Constable Helder did above. The Grade 8’s were very receptive and it was interesting how much more maturely their 4-years-older minds processed the message.

Mr. Goebel had his second reading with the Grade 9’s and again let them have their choices. Their selections show how much this age enjoys revisiting their younger years: David Shannon’s It’s Christmas David & How the Grinch Stole Christmas by Dr. Seuss. (I think Mr. Goebel may have read the latter book at least once every year and still reads it happily and patiently when the students ask for it.)