“There’s no doubt that Williams left an indelible mark through his work. As his friend and attorney Richard M. Ticktin says, “We continue to get letters addressed to Garth from fourth graders, wondering how it is he was able to draw these animals and people so perfectly that he instilled in these kids a love of nature.”
Unlocking Original Illustrations from Charlotte’s Web

Williams kept all his original illustrations once they were returned to him from the publisher. His family continued to protect them, locking them away in a bank vault. 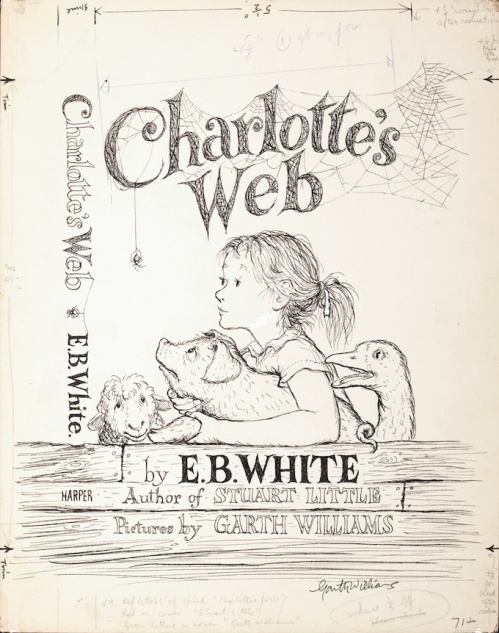 The son of artists and raised on a farm in New Jersey, Williams tried architecture first then switched to painting and sculpture. In 1945, E.B. White’s Stuart Little launched his successful career in illustration.

“He believed that books ‘given, or read, to children can have a profound influence.” For that reason, he said, he used his illustrations to try to “awaken something of importance . . . humor, responsibility, respect for others, interest in the world at large.'”
Garth Williams, Book Illustrator, Dies at 84 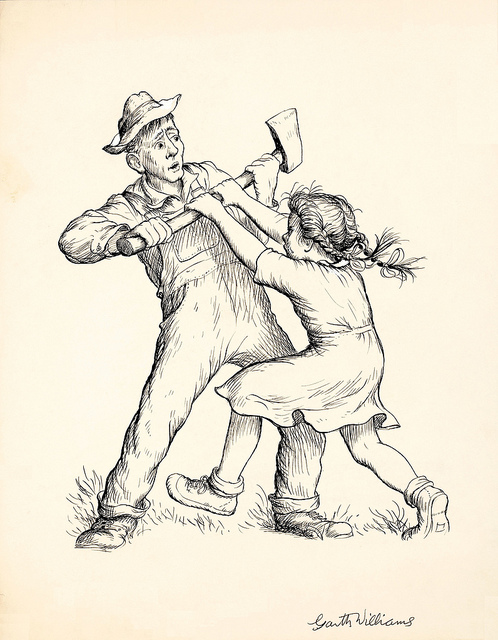 “‘Where’s Papa going with that Ax?’ said Fern to her mother as they were setting the table for breakfast…’One of the pigs is a runt…so your father has decided to do away with it’ said her mother…Fern pushed her chair out of the way and ran outdoors. ‘Please don’t kill it!’ she sobbed.” 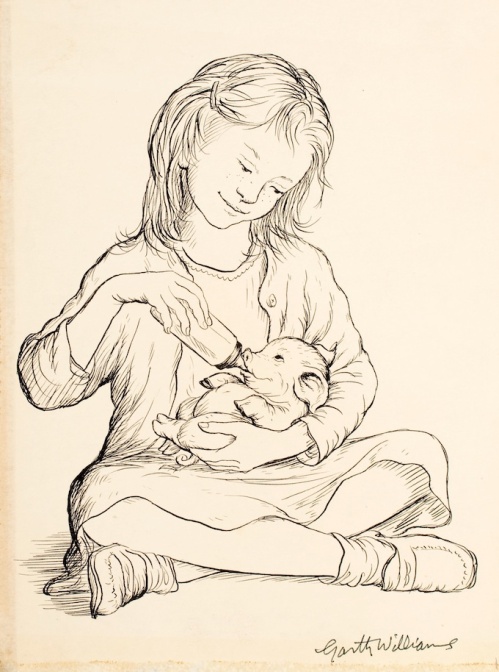 “But Fern couldn’t eat until her pig had a drink of mink. Mrs. Arable found a baby’s nursing bottle and a rubber nipple. She poured warm milk into the bottle, fitted the nipple over the top, and handed it to Fern.”