The Week in Elementary Library Class

Kindergarten didn’t have a class this week because of schedule changes but they did come and see me in their Halloween costumes on Thursday and sang “5 Little Pumpkins” just for me. What a treat! 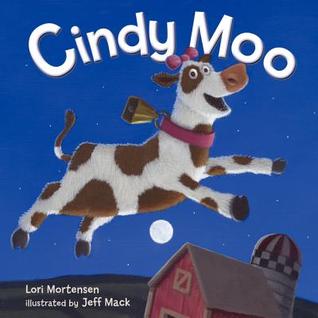 Cindy Moo by Lori Mortenson showed us that the impossible can be possible if you try hard enough. Delightfully illustrated by Jeff Mack, Cindy Moo fit perfectly into our monthly character trait: Perseverance. After the story we shared stories of things that we have had to try very hard and sometimes for a very long time to get right. I found it interesting that what popped into many, if not most students’ minds, was the efforts they have put into video games to obtain mastery. (Maybe we will have to gamify education.)

After last week’s book, Hide and Sneak by Michael Kusugak, a closer look at  inuksuit was in order. The class was quite impressed when I explained that students from Nunavut had written and illustrated The Lonely Inukshuk. The simple story is engaging as the inukshuk searches for its purpose ‘in life’. Along the way we meet many arctic animals and learn their Inuit names. The text pages are split with the English words on top and Inuktitut below and a word list at the back gives us each Inuit name with its English equivalent. The Lonely Inukshuk was written and illustrated by students in a Nunavut school and fits in nicely with Alberta Grade 2 Social Studies.

We also had a brief look at The Inuksuk Book by Mary Wallace. In it, the many names and uses for different inuksuit are discussed. All dozen or so books that I put on display for the class were checked out: about inuksuit, the arctic and Inuit people. Hide and Sneak has gone to the classroom for a while so we don’t have to discuss who gets to check it out! A very popular topic! 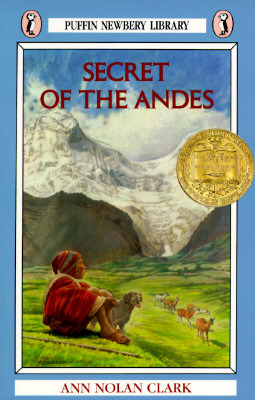 For an introduction to mysteries and a personal feel for Peru, which is one of the countries studied in Grade 3 Social Studies, and as an experiment on my part, I have started the novel Secret of the Andes by Ann Nolan Clark. It’s an experiment because the book is rated for Grades 4-8 and they will have to make a lot of inferences from context clues, or I will have to interrupt the reading a lot. After this first reading only one student had figured out what a minstrel is from the oft-mentioned pan pipe music that he played. Not all students caught the (rather quiet) revelation that the boy had Royal Blood or what that meant or how it might be related to his isolated situation. I’ll do a supporting slide show and give it one more week and then, if necessary move on. There may be a student or two in the class who will want to try to finish it for themselves.

This class came in this week dressed in their Halloween costumes and just a little giddy. On the spur of the moment, on the premise of giving them advice for the evening’s Trick or Treating, I decided to read How to Catch a Ghost, in big book format – “Thought Up and Written Down by Noodles, Illustrated by Michael Foreman”.

We also read a chapter of our novel, Tyrant of the Badlands. Ricky got caught smashing up the living room with Mike’s brilliant – if rather sadistic – fly airplane, but the class really wasn’t able to sit for long so we didn’t read any further and they shared their books with each other at reading time. We didn’t need any pictures this week as Ivy and her family settled into their new home in Saskatchewan in A prairie as wide as the sea : the immigrant diary of Ivy Weatherall by Sarah Ellis. Ivy’s family have moved out of her uncle’s sod house and into a slightly larger one and we moved out of the reading corner in Easy Street where the Smart Board is, since we didn’t need it and everyone settled onto bean bags to listen to the story. It was appropriate, but possibly a little too relaxing for this fairly quiet part of the story.

This class is so into The Breadwinner by Deborah Ellis that even though it was Halloween, just before their end-of-the-day Halloween dance, they were very attentive as Parvana is asked by her family and makes her first foray out of the house as a boy. A discussion ensued about the potential discomfort of having to switch genders in order to survive. I was surprised to learn that although all the boys immediately said they would do it, most of the girls were much more hesitant. When a student brought up an acquaintance who is apparently transsexual, there was little overt judgement and one of the girls said, “That’s a choice, but I wouldn’t want to be forced to do it.”

One response to “The Week in Elementary Library Class”